Is a fashion model in the way of Biren Singh’s CM seat? 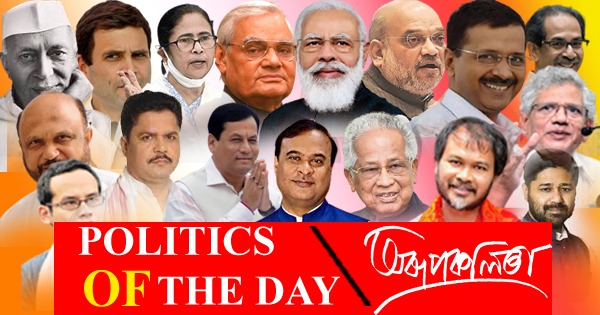 It has almost been a week since the result of the Manipur assembly elections were announced. The ruling BJP secured a resounding victory by winning 32 out of 60 seats in the assembly. However, the BJP High Command has not been able to announce the name of the Chief Minister of the state. Notably, M Biren Singh–a close confidante of Assam Chief Minister Dr Himanta Bishwa Sharma–was the sitting BJP Chief Minister of Manipur. But a popular model from Assam and her husband are becoming a roadblock in Singh’s path to the throne.

The model’s name is Tara Khasgir–a popular name in the modelling world. Born in Nagaon district of Assam, she did her education at Handique College, Guwahati. Once a Miss Guwahati, she was also a finalist in the Miss India contest.To know how Khasgir–the winner of Best Asian Model–became a major obstacle in Manipur’s M Biren Singh’s Chief Ministership, we have to reverse our clock two years back.

On November 24, 2019, an Australian man was arrested by an anti-narcotics cell in Mumbai. His name is Reza Barhani, husband of Assamese model Tara Khasgir. At the time of his arrest, police reportedly recovered Rs. 1.80 crore worth of illicit drugs from him. According to recent reports, just before his arrest, Barhani had met the then Chief Minister of Manipur, M Biren Singh.

According to Reza Barhani’s visiting card, he and his wife, Tara Khashgiri, have set up a company named Cannabis Health & Science Pvt formed on April 9, 2019. Both Barhani and his wife are the directors of the company located at House no-8, bylane no-1, Mushafir Khana Road, Ulubari, Guwahati.

On September 17, 2019, Barhani met Manipur CM M Biren Singh on behalf of the company, for the first time in Imphal. Subsequently, on September 19, he submitted an application to the Chief Minister of Manipur and the Minister of Horticulture in which he purportedly sought permission for the supply of marijuana named Cannabis for research purposes. It was stated that the marijuana would be supplied to various places in Manipur as well as Mizoram, Meghalaya, Assam, Karnataka, Orissa, Goa and Maharashtra. It requested the Manipur government to issue a license to Cannabis Health and Science Pvt. Ltd for this purpose.

Reportedly, the petition was immediately forwarded by Chief Minister Biren Singh to his then Special Secretary Raghumani Singh who was also the BJP’s candidate in the Uripok assembly constituency in the latest assembly elections. In a letter to the Special Secretary, Biren Singh explicitly stated that this permission should be granted to Cannabis Health and Science Pvt. Ltd. However, the question of whether a state government can allow the supply of banned marijuana has been raised in various quarters at that time as under the NDPS Act, Cannabis or marijuana is strictly prohibited in India.

Despite all these, in the name of medical research, Reza Barhani’s company started supplying cannabis or marijuana with the consent of the Manipur government. Following this, Barhani was arrested on November 24, 2019.

Now the story of the illicit business of Tara Khasgir and Reza Barhani’s company is coming on the heels of Manipur’s post-elections politics once again with Biren Singh in hot waters over allowing banned marijuana business. This is perhaps why the BJP high command has not been able to announce the name of the Chief Minister in the state.